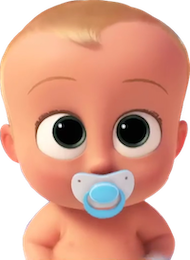 The following is a list of research projects I worked on at Georgia Tech.

These projects were funded by the NSF, GEDC and GTBI.

In delay-sensitive real-time streaming applications, when a packet is not delivered within an expected amount of time, an important issue is to determine whether the missing packet is merely delayed or is already lost. Historically, inherited from TCP jargon, the duration after which the missing (or unacknowledged) packet is assumed to be lost is referred to as retransmission timeout (RTO). Regardless of doing a retransmission or not, timely inference of late/lost packets is crucial for real-time streaming applications, so that well-timed actions can be taken by the server/client. In this project, we first investigate several methods that can help us understand the packet dynamics in real-time streaming applications. Then, we integrate these methods into different error-control/protection methods, and demonstrate that streaming quality can be substantially improved without requiring complex computations.

In this project, we study the streaming of packetized media from multiple servers to a client over a wireline lossy network. In particular, we propose a client-driven rate-distortion optimized scheduling method that selects which packet(s) to be requested from which server(s) at a given request opportunity. In doing so, the proposed scheduling algorithm not only attains the maximal presentation quality but also conforms to the rate constraints dictated by the TCP-friendly flow, window and congestion control mechanisms. We provide the simulation results for an extensive range of scenarios to demonstrate the efficacy of the proposed algorithm.

Real-time media distribution over the Internet poses several challenging problems due to its stringent delay/loss requirements and complex network dynamics. A promising approach to alleviate the severe impacts of these dynamics is to transmit the media over diverse paths. For such an environment, Multiple Description Coding (MDC) has been previously proposed to produce multiple independently-decodable streams that are routed over partially link-disjoint (non-shared) paths to combat bursty packet losses and error propagation. Nevertheless, selecting these paths appropriately is fundamental to the success of MDC and path diversity. Hence, in this project we propose a multi-path selection method that chooses a set of paths maximizing the overall quality at the client under various constraints. The simulation results with MPEG-2 show that sizeable average peak signal-to-noise ratio (PSNR) improvements (ranging from 0.73 dB to 6.07 dB) can be achieved when the source video is streamed over intelligently selected multiple paths as compared to over shortest path or maximally link-disjoint paths. In addition to the PSNR improvement, end-users experience a more continual, i.e., uninterrupted, streaming quality. Our work also considers the architecture and mechanisms by which path selection may be accomplished in an application-aware environment.

I have contributed to the following research proposals:

For summer and fall 2004, I had an internship at Qualcomm (Standards Engineering Group) in San Diego, CA. The following documents give an overview of my internship work: